Judge Dietz has released his decision of the constitutionality of the Texas system of school finance. The Dietz ruling declares the funding system unconstitutional on multiple counts:

“The Court finds that the Texas school finance system effectively imposes a state property tax in violation of Article VIII, Section 1-e of the Texas Constitution because school districts do not have meaningful discretion over the levy, assessment, and disbursement of local property taxes. The Court further finds that the Legislature has failed to meet its constitutional duty to suitably provide for Texas public schools because the school finance system is structured, operated, and funded so that it cannot provide a constitutionally adequate education for all Texas schoolchildren.

“Further, the school finance system is constitutionally inadequate because it cannot accomplish, and has not accomplished, a general diffusion of knowledge for all students due to insufficient funding.

“Finally, the school finance system is financially inefficient because all Texas students do not have substantially equal access to the educational funds necessary to accomplish a general diffusion of knowledge. Consequently, the Court enjoins further funding under the system until the constitutional infirmities are corrected.”

The School Finance Findings of Fact and Conclusions of Law.

When the 84th Legislature convenes in January 2015, budget writers will be faced with prioritizing border security, transportation, education and many other concerns.  What many legislators and maybe fewer Texans realize is that budget writers have discretion over less than 17% of all funds in that budget.  The rest is federally mandated, constitutionally dedicated or statutorily required spending that saddles every legislature with fewer choices on how your tax dollars are spent or returned in tax relief.

Earlier this year, the Texas Education Agency conducted the Teaching, Empowering, Leading, and Learning (TELL) Texas Survey. The TELL Texas Survey is part of House Bill 2012 passed last year by the Texas Legislature, which requires TEA to develop an online teaching and learning conditions survey to be administered statewide biennially to teachers, principals, counselors and other school-based professional staff. The anonymous survey is aimed at providing valuable data for schools and districts to use in improvement planning.

83,103 (or about 20 percent) of school-based licensed educators responded to the survey. Teachers were asked in the anonymous survey to respond to specific statements regarding instructional practices and support on their campuses over the past two years. Among the teacher response highlights:

The survey was administered by the New Teacher Center (NTC), a national organization that has conducted similar surveys in other states.For more information about the 2014 TELL Texas Survey, click here.

Kids entering the fifth and eighth grades in Texas public schools next week will not have to pass end-of-year math exams to advance to the next grade level, even though that’s what the law says they have to do. That’s because Education Commissioner Michael Williams on Friday announced the state is going to suspend the law for now so that a seamless transition can be made for the kids who would first be subjected to the new requirements. Williams told school districts in a letter that they should use other kinds of “relevant” information to make decisions about whether to promote students to the next grade level or hold them back, referencing “substantial challenges associated with the implementation of the revised math TEKS in the STAAR assessments for grades 3-8. Commissioner Williams suspended this requirement in 2012 also, to assist students in making the transition to STAAR, the new state assessment. Excerpted from Quorum Report. 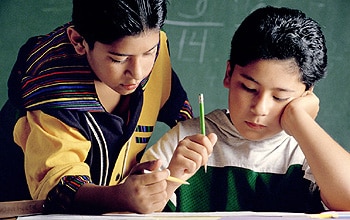 SSI grades 5 and 8 STAAR mathematics requirement suspended for 2014–2015
School districts and charters have been advised by Commissioner of Education Michael Williams that due to the transition to revised statewide curriculum standards in mathematics, State of Texas Assessments of Academic Readiness (STAAR®) assessments for grades 5 and 8 mathematics will be administered only once in the 2014–2015 school year.

As a result, the Student Success Initiative (SSI) requirement that students in grades 5 and 8 must pass the STAAR mathematics assessment in order to move onto the next grade level will be suspended for the coming school year.

Some guidance given to Texas schools on unaccompanied immigrant children
Texas education commissioner Michael Williams passed along a fact sheet to the state’s school administrators on Tuesday outlining some guidance for the influx of unaccompanied migrant children who might very well end up in local classrooms. Williams noted that much of what was included in the U.S. Department of Education’s fact sheet (info on enrollment responsibility, funding codes, immunization and more) was covered in a recent Legislature committee meeting by David Anderson, general counsel for the Texas Education Agency. 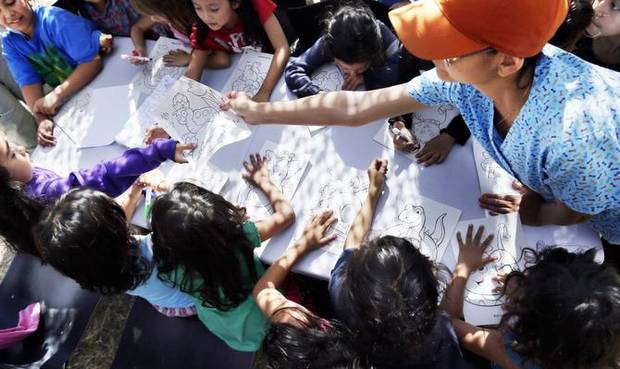 “Strong charter schools provide for greater parental choice,” said Commissioner Williams. “After a careful review of the Generation 19 charter applications, applicant interview testimony, impact statements, staff recommendations and input from State Board of Education members, I am confident these five will add to the education options afforded students in Texas.”

Efforts to Raise Teacher Certification Standards Falter
A billboard that periodically springs up along Texas highways asks two questions: Want to teach? When can you start?
It is a message that reflects the pinch of the teacher shortage in a state where 80,000 new students enter the public school system each year — and the thriving business that has grown up around it.

TO THE CHARTER ADMINISTRATOR ADDRESSED:
Re:  Admission, Enrollment, and Withdrawal
This letter summarizes several important statutes relating to open-enrollment charter school admission, enrollment, and withdrawal.  We hope you will find this summary helpful as you begin the 2014-2015 school year.  For more information addressing both charters and school districts, see the separate To the Administrator Addressed letter regarding attendance, admission, enrollment records, and tuition.

New Career and Technical High school offers career pathways
Throughout the state, high schools are implementing new graduation requirements stemming from House Bill 5 (HB 5), passed in 2013 by the 83rd Texas Legislature. The new requirements emphasize the importance of Career and Technical Educational (CTE) courses. As a result, administrators are implementing innovative approaches to preparing students for the workplace and higher education.