Agenda Posted for the September State Board of Education Meeting
The majority of the agenda for the State Board of Education’s September 16-19 meeting has been posted. The four-day meeting will begin at 10 a.m. on Tuesday with a public hearing on instructional materials submitted for adoption under Proclamation 2015.Those who wish to provide public testimony can register online between 8 a.m. Friday (September 12) and 5 p.m. Monday (September 15). 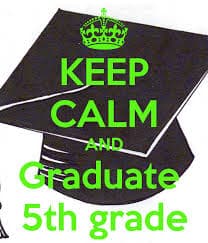 More than 76,000 Texas students in the fifth and eighth grades — about 1 in 10 pupils — were unable to pass the STAAR math or reading tests on the third try this summer. Most were promoted to the next grade only through a loophole in state law. New results compiled by the Texas Education Agency showed that 11 percent of fifth-graders failed in reading and 9 percent failed the math section. Among eighth-graders, 9 percent failed in reading and 11 percent in math.

Swelling School Districts Find a Costly Way to Grow Within State Debt Limits
Leander and other fast-growing school districts have relied heavily on a controversial financing tool called capital appreciation bonds to borrow money to expand even as they bump up against state limits on school district debt.

The Brief: Déjà Vu All Over Again on School Finance
It’s a good thing that Judge John Dietz dropped his school finance ruling before a three-day weekend, because interested parties could use that extra day to go over the 400-plus page decision that found the state’s school finance system unconstitutional.

The Tribune’s Morgan Smith wrote that Dietz ruled the system ran afoul of the state constitution “not only because of inadequate funding and flaws in the way it distributes money to districts, but also because it imposes a de facto state property tax. Certain to be appealed by the state, the lawsuit that arose after lawmakers cut roughly $5.4 billion from state public education funding in 2011 will now continue to the Texas Supreme Court.”

Analysis: Ruling Provides Candidates a Talking Point
Give this to state district Judge John Dietz: He gave the next Legislature a purpose. This year’s general election campaigns, to be fair, are just getting started. That said, the candidates aren’t exactly spinning off a list of things that are in high voter demand.

The Austin judge’s ruling that the state’s school finance system unconstitutionally imposes a state property tax and falls far short of fulfilling the state’s own public education goals, issued just before the Labor Day weekend, gives the Legislature a list of big things to talk about, a set of rules to follow and a deadline. 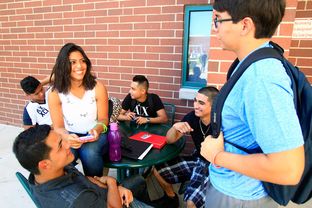 Since 2003, when South Texas College, Midland College and Brazosport College received permission to offer bachelor’s degrees, several other community colleges have tried to acquire the same authority. Ahead of the 2015 legislative session, momentum seems to be building for other two-year institutions to get a chance to offer four-year degrees. Opening the door for new bachelor’s degrees in nursing and applied sciences at community colleges is listed as a priority recommendation for the Texas Higher Education Coordinating Board.

Implementing Senate Bill 393: What Texas School Districts Need to Know
SB 393, which added a new subchapter to the Texas Education Code, addresses criminal procedures involving the issuance of citations, sanctions, and prosecution of students for Class C misdemeanor offenses on public school grounds. Under SB 393, a school district may develop a system of “graduated sanctions” that the school may require to be imposed on a child before a complaint is filed; or, if the district chooses not to adopt such a program, file a complaint directly with the local juvenile court who can then issue a citation if it is deemed appropriate to do so.

Recognizing the Signs of Human Trafficking in Schools: A Guide for Texas Educators 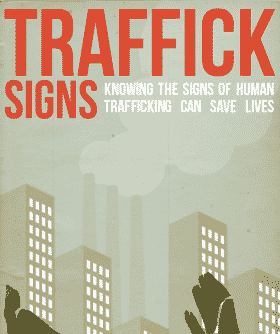 District Audit Report: Helpful Tips
The current three year safety and security audit cycle is nearing a close. Audits must be completed by August 31, 2014 and the reporting of certain results to the Texas School Safety Center, must be submitted using the online reporting system no later than September 15, 2014. For some helpful reminders about the safety and security audit/self-assessment process visit the Texas School Safety Center website.

Texas Tobacco-Free Conference Proves that Students Are Change Agents
Fifteen of Texas’ finest teen leaders spent much of their summer vacation sharpening activism skills in preparation for the 2014 Texas Say What! Texas Tobacco-Free Conference, a youth-focused tobacco prevention and control conference that attracted more than 400 students and their sponsors to The Woodlands July 27-30. The youth are Texas Teen Ambassadors who, in early June, gathered in Austin to perfect strategies and presentation skills for the tobacco prevention conference. For the second time in its history, the conference was designed 100-percent to empower students, adults and youth to work hard against tobacco! 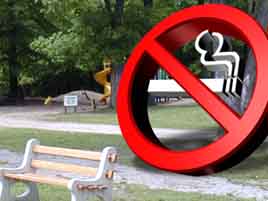 Efforts to stop the sale of tobacco to minors in Fort Bend County have been smokin’ this fiscal year.The sheriff’s office and the Precinct 3 constable’s office, both of which have state contracts to conduct sting operations, have received additional funding from the Texas School Safety Center because of their success.

Texas’ new school district rating system gets mixed reviews
During the last legislative session, several public school superintendents asked for a rating system that didn’t depend on state STAAR tests. Be careful what you wish for. Inserted late in the massive education bill known as House Bill 5 was a requirement for “community and student engagement.”

Texas postpones jump to stricter STAAR standards
Texas education officials have rolled out a dramatically slowed timeline for ratcheting up passing standards for STAAR. Without the revision, the percentage of students failing the tests next spring likely would have jumped notably.

Editorial: Waiting for fall ballot too late to pay attention to education board
For a front-row seat to the nation’s culture wars, all one has to do is attend a meeting of the State Board of Education. Despite the Legislature’s attempts to clip the board’s wings and limit its purview, the 15-member board remains one of the most powerful forces shaping what the state’s and nation’s public school students learn and discuss in their classrooms: climate change, evolution, sex education, history, civics and literature.