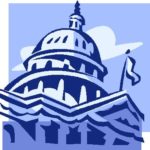 Only 2 days before the start of the new 82nd Legislature.
Here’s what to expect in the next 10 days:

In other news:
Texas Insurance Commissioner Mike Geeslin has submitted his resignation but will stay on until the Governor appoints a new Commissioner.

CBO says health care repeal would deepen deficit
Rescinding the federal law to overhaul the health-care system, the first objective of House Republicans (in Congress) who ascended to power this week, would ratchet up the federal deficit by about $230 billion over the next decade and leave 32 million more Americans uninsured, according to congressional budget analysts.
(View complete article at: http://www.washingtonpost.com/wp-dyn/content/article/2011/01/06/AR2011010606159.html?hpid=topnews

Key Education Mandates Could Be Cut to Save Money
Get acquainted with a phrase that will be often repeated in the upcoming 82nd Legislature’s brawls over public education: unfunded mandate. And there will be brawls. As lawmakers come under pressure to help schools cope with the reduced funding that the budget shortfall will surely bring, they will look to relax state regulations that create costs local school districts bear on their own or with limited help from the state.
(View complete article at: http://www.texastribune.org/texas-education/public-education/key-education-mandates-could-be-cut-to-save-money/ )

Editorial: Bush draws a point Texas GOP, Obama should heed
When the 2011 Texas Legislature opens next week, legislators will have already missed their chance to create an independent redistricting commission. To get one ready for this year, they would have had to set it up during their 2009 session. Back then, our friends in Austin rejected Republican Sen. Jeff Wentworth’s proposal to create an independent panel and opted to draw the districts themselves again.
(View complete article at: http://www.dallasnews.com/sharedcontent/dws/dn/opinion/editorials/stories/DN-redistricting_0104edi.State.Edition1.41b81d5.html )

Texas House speaker candidates at different ends of liberal-conservative spectrum
On Jan. 11, one of the first actions of the Texas House of Representatives will be to elect a speaker. Current speaker Joe Straus is being challenged by fellow Republicans Warren Chisum and Ken Paxton. While Paxton has received the backing of more than a dozen Republican House members, as well as several national political actors, Chisum’s support base is minimal.
(View complete article at: http://blogs.chron.com/bakerblog/2011/01/on_the_edges_texas_house_speakers.html)