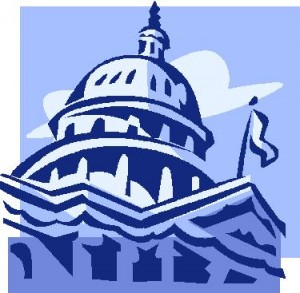 We will resume these weekly reports the first week of January. Have a wonderful holiday season and we look forward to working with you in the New Year!

Texas Attorney General Reacts to Health Care Reform Ruling
“A federal court’s ruling on Monday declaring parts of federal health care reform unconstitutional elicited plenty of reaction in Texas, which is part of a separate attempt to repeal the new law. Texas Attorney General Greg Abbott says it, along with a few cases still to be heard, will help repeal efforts. ‘As a result, these cases are going to work their way up through the appellate system…’”
(View complete article at Texas Tribune).

Texas Public Education System Gets a Solid “C”
“A national report card of state education systems that combines performance, standards and efficiency ranks Texas somewhere in the middle of the pack, behind states like Arizona, California and Colorado. Chairs Sen. Florence Shapiro (R-Plano) and Rep. Rob Eissler (R-The Woodlands) already have deemed “efficiency” the byword of the upcoming session…”
(View complete article at the Quorum Report).

Republicans Confident of Passing Texas Voter ID Bill
As politically emboldened Republicans predict almost certain enactment of a voter identification law in the 2011 Legislature, the House point man on the issue is pushing a measure patterned after one of the most stringent voter ID laws in the country. House Elections Committee Chairman Todd Smith of Euless, who was at the center of a partisan brawl over voter ID during the 2009 Legislature, has introduced legislation that would require voters to show a photo ID to cast ballots. HB401, modeled after a Georgia law, would also authorize creation of a voter identification card, which would be among the approved ID forms.
(View complete article at the Star Telegram).