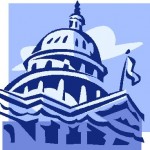 STAAR adds rigor, does away with idea of “teaching the tests”

The new State of Texas Assessments of Academic Readiness, or STAAR, are expected to increase rigor and critical thinking standards that won’t leave much room for yawning in the classroom.

10 unexciting but worthwhile reasons to vote

Today is the first opportunity to vote early in the Nov. 8 election and the only items on many ballots across Texas will be 10 proposed amendments to the Texas Constitution. The Caller-Times Editorial Board recommends approval of all 10, and urges that all registered voters exercise their right to vote.

Within 80 miles of Weslaco, there are nine bridges linking the United States and Mexico. Tons of agricultural products move between the countries each day: Vegetables from Mexico and cantaloupes from Central America arrive in Texas while beef and grains are sent to Mexican markets and beyond.

A multiagency environmental response task force will soon issue a report assessing the environmental and ecological damage of the wildfires.

Texas’ margins tax has few champions among the businesses that pay it or even the legislators who crafted it.

Freshman Sen. Mike Lee promised a room packed with conservative activists at the inaugural meeting of the Senate Tea Party Caucus that his new group would allow “you and other Constitution-loving, freedom-embracing Americans” to communicate directly with senators.

Students in Texas Illegally Are Eligible for State Aid

Illegal immigrants who do well in high school are not only eligible for lower-cost, in-state tuition rates at Texas universities and colleges. Thanks to legislation signed by Gov. Rick Perry in 2001, many are also receiving publicly funded grants to pay for their education.

Texas has racked up one of the biggest debts in the nation, report says

Texas has racked up $282 billion in debt — one of the highest state debts in the nation — according to a report released today by a D.C.-area nonprofit.

Sometimes a festering funding dispute needs more than a budgetary Band-Aid to heal, and that’s exactly where Texas’ school funding process is today because the formula contains a wide disparity in the amounts of funding the state divvies to various school districts.

Signs of trouble were apparent at a Hood County juvenile detention facility before the death of a 14-year-old detainee this month.

When the new state achievement test rolls out this spring, students will notice several key changes from its predecessor.

I vividly remember receiving a telephone call in the not too distant past from a former legislative colleague who informed me about a 10-year-old who was charged with a Class C misdemeanor for pushing a fellow student in a school lunchroom.

Minority voters have long had problems simply exercising their right to vote in certain parts of the country — and minority lawmakers fear the situation will become worse in 2012.

The weather extremes might have exposed an Achilles’ heel to the Legislature’s decade-long embrace of a deregulated market approach to electricity generation: Investors are reluctant to invest in new power plants because they can’t make money despite rising demand that is testing the state’s electricity capacity.

State spending on Medicaid up sharply

The expiration of federal stimulus funding for Medicaid has dealt a blow to states still struggling to recover from the economic downturn, according to figures released Thursday.

Texas House Speaker Joe Straus: We have to correct the deficit

School Dropouts Save Texas Money But Only in Short Term

Every time a student drops out of public school, taxpayers save money. That’s one fewer student, at an annual savings of more than $11,000 per year from state and local sources.

Editorial: The cost of high dropout rates is troubling

We are fans of this state’s community colleges, and have been for a long time.  Our eyes were opened years ago when the chancellor of a local community college stopped by the Chronicle to explain his college’s mission to the editorial board.