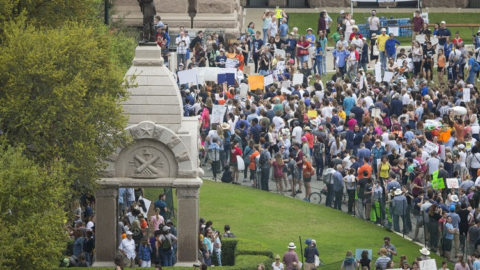 Around the Capitol / On the Move Rep. Tan Parker has announced he will seek the Speaker's position when the House convenes in January 2019. He is the third candidate to announce - Rep. Phil King and Rep. John Zerwas announced their interest last year. Sen. Chuy Hinojosa has announced the ... END_OF_DOCUMENT_TOKEN_TO_BE_REPLACED