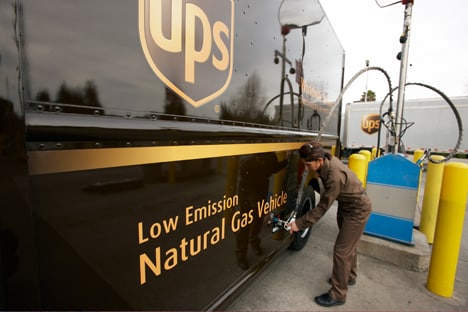 Arnold Public Affairs represented UPS,  a leader in the use of alternative fuel fleet vehicles.   During the 2010 legislative interim we worked with the state’s leadership to develop the Texas Clean Transportation Triangle (TCTT).  This plan utilizes the abundant natural resources the state has, reduces our dependence on foreign oil, and helps make the air in our major cities cleaner.  TCTT is a network of natural gas fueling stations along the interstate highways connecting Houston, San Antonio, Austin, and Dallas/Fort Worth.  The fueling infrastructure will be developed in conjunction with a sufficient number of natural gas vehicles (NGVs) to ensure the economic viability of the stations.

The challenge was to find a funding source for both the fueling stations and natural gas vehicles and to pass legislation that would appropriate the necessary funding to support this program.  This was made even more difficult given the State was facing a $28 billion dollar general revenue shortfall as the session started.

Arnold Public Affairs worked together with the company’s internal staff and lobbyist, another outside lobbyist, and several other stakeholders, including natural gas companies and their association to:

During the course of the five-month session we worked with other interested parties to secure passage of the legislation.  The Texas Legislature allocated approximately $16M over the next two years for vehicles and roughly $4M over the same timeline for infrastructure/facilities.  The bill passed with overwhelming support in both houses and was signed by the Governor.

Texas now has a program that uses one of it’s abundant natural resources and helps lower emissions in the state’s largest cities.