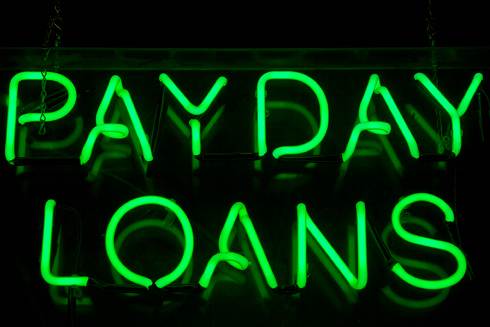 Arnold Public Affairs was hired by the Texas Association of Goodwills (TAG) to pass legislation to regulate the practice of payday lending in Texas. TAG is an association made up of the 15 corporate Goodwills in Texas with over 140 locations. Goodwill serves people with disabilities and other barriers to employment. This population includes people with physical, intellectual and learning disabilities, welfare recipients, disadvantaged youth, ex-convicts, the homeless. TAG is the largest provider of vocational skills training in the world.

Payday loans are small cash advances – due in full, plus interest and fees – by the borrower’s next payday, typically in two weeks. An auto title loan is similar to a payday loan, except that a car title is used to secure the loan instead of the borrower’s next paycheck. Like payday loans, they carry extremely high fees in addition to interest, and must be paid in full, plus interest and fees, by the end of a short loan term. Borrowers often find themselves upside down on the loans when they are unable to repay the note in full at the end of two weeks. Within a short time they are often paying fees in excess of 500% APR.

These loans are unregulated in Texas. Lenders are not required to provide clear information about the loan, the fee structure, the consequence of failing to pay the entire loan amount plus the fee at the end of two weeks, the prohibition on partial payments, or any other aspect of the loan agreement. Further, there is no regulatory agency to whom a borrower may go to lodge a complaint.
The impact of payday and auto title lending is felt very dramatically in Goodwills across Texas as they are forced to assist clients with their debts rather than with their education, job training, and employment support.

The challenges were many – to persuade a strongly pro-business legislature to regulate a multi-million dollar industry that actively participates in the political process with large campaign contributions and a very powerful lobby; to neutralize a legislator who owns a payday lending establishment; to work with a very divided coalition to regulate payday lending.

Arnold Public Affairs led a team of advocates and grassroots groups, and developed a plan consisting of the following:
• Draft legislation
• Develop strategy and message
• Identify key legislators to carry legislation
• Create, produce and distribute of mailings and fact sheets to members of the legislature
• Educate state leadership and members of the legislature
• Activate grassroots communication with legislators
• Seek media on the issue through interviews and op-eds, and press events
• Work with Commissioner of Office of Consumer Credit Commission and with senior staff to Lieutenant Governor Dewhurst, Speaker Straus, and Governor Perry
• Coordinate public testimony before legislative committees

The House legislative sponsor drafted regulatory legislation and hired professional mediators to work with the payday lending association representatives and with representatives of the coalition seeking regulation to some to consensus on the bills. It was an arduous process that took more than 25 hours over two to three weeks.

During the early weeks of the legislative session, when it became obvious that the Chairwoman of the House Committee that oversees financial institutions, Representative Vicki Truitt, would carry the regulatory legislation, the number of lobbyists hired to stop regulation of this industry more than quadrupled.

To quote Chairman John Carona, the bills’ sponsor in the Senate, in an interview with the Quorum Report, “It is one of the most heavily lobbied bills … that I’ve ever seen down here. The industry literally has hired every major lobbyist in this town to protect their interests. That in itself is troublesome to me, because it tells you just how much money is being made through this industry and through this type of lending.”

The revised bills were voted unanimously from the House committee and brought to the floor for debate very late in the process. The floor debate was contentious and very dramatic. Only two of the three bills passed out of the House. They were written so narrowly that the Senator Carona, the Senate sponsor, was unable to amend them to add any language from the bill that failed to pass. Two bills did pass to law. They require that payday lenders be licensed and that they make loan rates clearer to borrowers. These laws also create a complaint process.
These new laws represent a strong step forward in the regulation of payday and auto title lenders.